Coming Soon to a House Party Near You 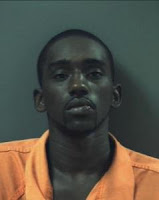 Looks like you can commit murder and pretty much get away with it in Loudoun County.
The triggerman in a house party fight, who went to the party with a loaded .38, gets less than 5 years after pleading guilty to involuntary manslaughter.  If I have this straight, the perp was helping intimidate a witness in a prior prosecution.  A fight broke out, and the perp capped the witness.

Now, this looks like the typical case of the second worst guy in town killing the worst guy in town.  And I know there's some expedience to a plea bargain.  But five years?  Really?  Terms longer than that are typically handed out  for minor securities laws violations.

In just a few short years, this murderous thug will be back out on the streets toting another gun at your neighbor's party.  Just be thankful that you didn't testify against him and hope you aren't in the crossfire.
Posted by Lloyd the Idiot at 10:17 PM