Debbie Rose, former counsel to the House Judiciary and active member of the Loudoun Republican Committee, announced at last night's LCRC meeting that she would seek the new Algonkian seat on the Loudoun County School Board.

The race will be an interesting one, particularly because redistricting has placed two current incumbents, Joe Guzman and John Stevens, in that same district. Neither of these incumbents, however, has made clear that he would seek reelection, and, as you know, the seat is technically non-partisan so there won't be any primary.

Regardless of what the other guys do, Rose is the one to beat. Bright, honest and extremely dedicated to educational causes, Rose has one even greater advantage - people genuinely like her. (Take a look at the ton of positive Facebook responses to her announcment in the first few hours). And, rest assured, she'll actually attend the school board meetings.

Rose is the latest in a set of very strong Republicans to announce their candidacies for local offices. Not to jinx it, but things are looking pretty good for the Republicans so far (even considering the selection of a convention).

Her website is here: http://www.debbierose.org/
Posted by Lloyd the Idiot at 3:18 PM No comments:

"Staggering" and "Absurd" Decision from SCOTUS on Prison Release

Jutice Antonin Scalia has it right again, calling a Supreme Court decision requiring the release of more than 30,000 prisoners in California "staggering" and "absurd."


Although the majority opinion, authored by Justice Kennedy, cites constitutional shortcomings in the overcrowding of California prisons, Scalia puts the situation in proper perspective, writing simply "terrible things are sure to happen as a consequence of this outrageous order" which he characterized as "the most radical injunction in our Nation's history."

He couldn't be more right. This perversion of the rights secured by 8th Amendment is certain to lead directly to the rape, robbery and murder of many innocent people. And all so that these convicted felons don't have to live in a gymnasium or wait for their free health care.
Posted by Lloyd the Idiot at 1:18 PM No comments: 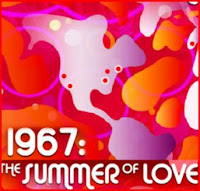 Posted by Lloyd the Idiot at 10:44 PM No comments:

….
As you may recall, The Blue Ridge Forum and the “Virginia Anti-Sharia Task Force” organized a protest (of sorts) at the announcement of David Ramadan’s candidacy for the Virginia House of Delegates last month. The ill-informed few that actually attended the rally outside the Loudoun County Republican Committee meeting apparently thought that David espoused a belief in Sharia law.


At the other end of the spectrum, Muslim extremists also have criticized Mr. Ramadan for being too American – a “House Muslim” as they call him. Just to give you some perspective, this group (of maybe two people and a blog) advocates the extermination of Israel, complain of American imperialism and warmongering in the Middle East and seek inspiration from Malcolm X who advocated the violent overthrow of the US government. Of course, they do all this from the comfort and safety of their homes in America.

As much as I hate to give airtime to either group, I just cannot resist the opportunity to invite the folks at Blue Ridge Forum to refocus their efforts and urge them to go after the really bad guys.  Ramadan, despite a few missteps early in his campaign, certainly is no threat to anyone.  If you really want to make a difference, BRF et al., go after the extremists that actively and expressly seek to do harm to the American way of life, not those good candidates who seek to preserve it.
Posted by Lloyd the Idiot at 10:07 AM No comments:

Yesterday’s Washington Post Outlook section featured an article entitled, “Ten Things We Should Throw Out” which inspired me to come up with my own list of ten political things to clean up this spring. Some are big, some small. Some are old, some new. But, frankly, I have no use for any of them so I’ve moved them to my mental curb in the delusional hope that someone will haul them away.


10.  The Election of Treasurer and Commissioner of Revenue.  I very much like both of the incumbents, and I’m not saying get rid of their jobs, but I don’t think we need countywide elections for these posts.  Yes, I understand it’s a constitutional thing, but that doesn’t mean that I can’t put in on my chuck-it list.

9.  The Partisan Election of Sheriff.  I can’t see what difference a sheriff's political leanings would make in enforcement of the law, particularly to the point where I'd be moved to cast a vote based on party affiliation.

8. Any Method of Selecting a Party’s Nominee Other than a State-Run Primary.  Let’s just end the perennial uncertainty and agita over the method of selection and go with what’s best in virtually every circumstance and just deal with it from there.

7.  Ending the Pledge of Allegiance with the Phrase, “with liberty and justice for all born and unborn.”  Call me a purist, but I don’t like my pledge messed with, especially by these people.

6. Invocations for Party Meetings. They have become so rabid and rambling that it’s like a tent revival, implying that God not only favors Americans, but Republican Americans at that.

5. Measuring the Value of a School System by “Spending per Pupil.”  It’s like an arms race, with the bizarre effect of ranking inefficient schools systems higher than the efficient.

4. The Conservative Arms Race.  An oldie but a goodie.  If a person identifies himself as a Republican, he’s likely to vote with the party 90% of the time anyway so why quibble about his conservative bona fides in a primary?

3. The Compulsion to Find a Problem.  Politicians look for something to make themselves look relevant and important, and it often comes at the expense of debating quality legislation.  In the 2011 General Assembly session, for example, more than 2,300 bills were introduced. Goodness! How did we ever get through 2010 without them?

2. Blogging About Bloggers.  Personalities are simply playing too great a role in the local blogosphere. Yeah, I know all you other bloggers are sooo much smarter and you’ve got sooo much the inside scoop.  And the rest of us low lifes, especially at TC, are just evil malcontents intent on nothing but increasing blog traffic through rank speculation. Happy? Good. Now, shut up and try to write something relevant.

1. Sarah Palin’s Microphone.
Posted by Lloyd the Idiot at 9:22 PM No comments:

To Gloat or Not to Gloat 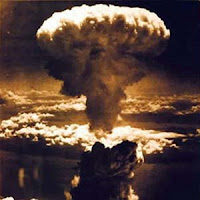 Turner and Miller together and separately (but, especially, together) have done more to ensure Republican victories this fall than any local Republican candidate or leadership team ever could have done.

Thank you, Mike and Stevens. Keep up the good work!
Posted by Lloyd the Idiot at 1:42 PM No comments:

Having now learned that the “She’s not my mother” theory doesn’t allow a father to ignore the effort and sacrifice of the mother of one’s children, I now face one of my favorite perennial stress events, driven again by a complete lack of planning. Yes, I have a gift (which she personally selected) and even a card, but I still feel the need to take the War Department and her progeny to some kind of nice meal. Of course, I have not made any reservations, and Old Faithful (Clyde’s) is booked.


Maybe Chuck E. Cheese.
Posted by Lloyd the Idiot at 1:44 PM No comments:

Couric Gets the Boot

Indicative of the continuing decline of the network television news, CBS announced today that Today-Show-darling-turned-serious-reporter Katie Couric (cough, cough) was leaving to "pursuing a syndicated talk show" opportunity of as-yet undesignated detail.  In other words, she stunk.
Scott Pelley will replace her.  With any luck, he'll cover the news in a more neutral manner than Couric, but that's not saying much.  If anything.
Posted by Lloyd the Idiot at 3:26 PM No comments:

The Line Item Veto is a Beautiful Thing

Not only does it help keep the budget in balance, it enables the governor to deliver sweet little slaps upside the head like this one to PBS.


Whapp
Posted by Lloyd the Idiot at 1:45 PM No comments:

CNN Asks, "Is It Morally Right to Celebrate the Death of Bin Laden?"

As expected, CNN has attempted to cast doubt on recent our military action.  And while metaphysical debat may raise complex issues, the answer, from a practical perspective is clear:  Yes.


One could quote biblical passages on either side of the question all day long, so I suggest you just look to common sense as a guide.  Bin Laden was evil incarnate.  By his death, Americans are safer and all mankind is better off.  Why not celebrate?  Yes, he was a human being, but so were Hitler, Stalin and Pol Pot. Each was a scourge, and by their death the human condition was improved.  Consider Bin Laden's death simply one small victory in the battle between good and evil, and feel free to celebrate without reservation.
Posted by Lloyd the Idiot at 9:26 AM 1 comment: