Something More We Can Learn from the Greeks 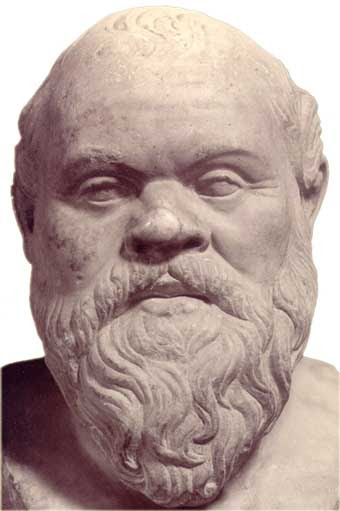 The ancient Greeks gave us the fundamentals of philosophy, logic and government. The modern Greeks are giving us a lesson in economics.
Suffocated by the socialist policies that have crippled the nation's economy, Greece has had its bond rating cut to junk and continues to teeter on the brink of insolvency. Simply put, Greece's reckless spending on socialist welfare plans and government run enterprises has so drained its economy that it can no longer function under the tight constraints of the EU.

Take note, America. Continue growing a welfare state with state-run health care programs we cant afford and ignore the $13 trillion debt, and the US eventually will be crushed under the weight of its own debt or or be forced to so deflate its currency as to be virtually worthless. It's inevitable. Why? No politician, Republican or Democrat, has the guts to stop it. Both groups have their own spending priorities, but neither has any interest in keeping the national debt under control when. much less reducing it. There's plenty of talk, especially on the Republican side of the aisle, but when it comes to pet projects, even Frank Wolf won't refuse the money. So, really, then, it's only a matter of time until we're forced into extreme austerity measures (or wild tax increases) like those imposed upon Greece - or simply default on our obligations.

I'd like to believe we can still learn a little something from the Greeks, and reverse the trend by making some difficult decisions. My fear, though, is that in an arrogance built by years of economic excess without repercussion, we're simply ignoring the collapsing economies around us - and, more importantly, the reasons for their collapse.
Posted by Lloyd the Idiot at 9:24 AM