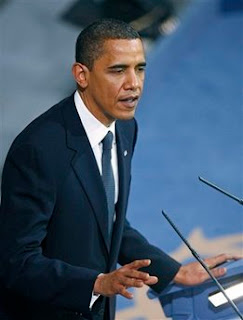 I certainly agree with Mr. Obama that America must rely on military might to preserve liberty - and herself. It's just interesting that he would choose to make those statements before the Nobel committee. I wonder if they're having second thoughts . . . .
Posted by Lloyd the Idiot at 11:29 AM