Let's Make a Deal - With Sears 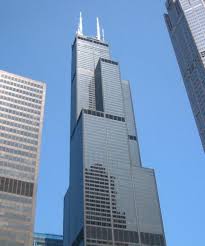 Various media outlets are reporting that Sears is considering relocation of its headquarters from Chicago to, well, anywhere that's not Illinois.  The DC area, including Virginia, is among several nominees.

Virginia, and Loudoun for its part, should be willing to cut just about whatever deal it takes to bring in this kind of major, long-term commercial activity to the area.  A deal would bring as many as 6,200 jobs to northern Virginia, reduce the vacancy rate of commercial office space and give a shot to the construction industry given that Sears now occupies 2.4 million square feet in Chicago.  Plus, God works there.

Like Volkswagen and Hilton where Fairfax won out,  a Sears relocation to Loudoun would be a huge win for both the state and the county.  Of course,  there's the immediate economic benefit and diversification of  the tax base,  but  perhaps more importantly a Sears relocation would be yet another endorsement of the business-friendly nature of Virginia and Loudoun that, in turn, spurs even greater interest in the area by other companies both big and small.

Come on, Gov. McDonnell and Loudoun Economic Development Commission!  Get to work and bring Sears to Loudoun - and make sure they bring the Sears Tower, too.
Posted by Lloyd the Idiot at 2:23 PM