There Would Never Been a Trump Without an Obama

Action equals reaction. Extremism begets extremism. Whatever you want to call it, Trump would never come to power without the unbridled arrogance of the prior administration.

Indeed, in his first two years, Obama had a super majority in Congress, which pretty much allowed him to do whatever he wanted  - without having to build any kind of consensus or negotiation with the then-minority party.  Dodd-Frank and Obamacare are two bastard children of that era. Without having built such a  consensus, there was no foundation upon which his ultra-liberal policies could withstand political winds blowing in the other direction. And that's where Trump comes in.

Fueled by a raging resentment  of not just the the liberalism but the exclusion from the process (remember the "nuclear option" on confirmations?), conservatives fought back with torches and pitchforks, and, in desperation, selected Trump.  Sure enough, the Trump machine rolled to victory, and now is rolling back Obama's illegitimate policies at every opportunity.

Payback's a bitch.
Posted by Lloyd the Idiot at 7:11 AM 2 comments:

Loses the election, loses the recount and loses more votes, protests the electoral college and loses still more votes.  Keep whining, Hillary!
Posted by Lloyd the Idiot at 5:08 AM No comments:

High on the List of Bad Things to Do

http://www.breitbart.com/big-hollywood/2016/12/02/rosie-odonnell-apologizes-melania-trump-tweeted-barron-trump-autism-conspiracy-video/?utm_source=facebook&utm_medium=social
Posted by Lloyd the Idiot at 5:10 PM No comments:

That is exactly the term Hillary Clinton used in excoriating Donald Trump during their third debate when Trump refused to admit he would accept the results of the election. Now, only a few weeks later, Clinton is doing just that - in an even more deceitful way. Instead of challenging the results directly herself, she has her henchwoman, Jill Stein, challenging the results in three states where not only are the recounts unlikely to change in the outcome in those states, and absolutely certain to have on effect in the electoral college result, but is being done in a way that casts doubt on the electoral process by claiming mere statistics show voter fraud.  Please. Those are the same statistics that predicted her victory, mind you.
The only thing the desperate, Hail Mary farce will do is further undermine the public's faith in their electoral process, exactly something that Hillary was saying Trump would do.
Pathetic.
Posted by Lloyd the Idiot at 4:35 PM No comments:

Words from an Anti-Federalists

Suspicion is a virtue
-Patrick Henry
Posted by Lloyd the Idiot at 11:56 AM No comments: 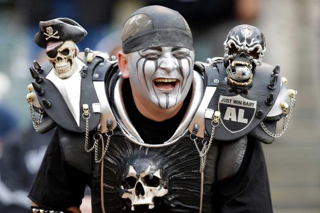 Trump reminds me of the Raiders and Al Davis in many ways. For one, it's all about the win. Probably more reminiscent of the Raiders, though, are Trumps supporters who, in just about every respect, are as respectable and classy as Raiders fans.
Posted by Lloyd the Idiot at 10:42 AM No comments: